Proctor joined the organization in June 2014, when she was named Vice President of Brand Strategy. In her former role, she was responsible for brand development and building marketing & business plans that propelled the organization’s long-term strategy. Throughout her tenure with the Hawks, she has played an instrumental role within the company, spearheading internal corporate employee initiatives and executive communication.

Beginning her career with the Turner Broadcasting System, Inc., Proctor served in brand development and strategy positions for Turner Entertainment Networks (including TNT, TBS, Turner Classic Movies (TCM), truTV and Peachtree TV), Cartoon Network and Turner Media Group. Additionally, she helped to create the first Corporate Social Responsibility division in Turner’s UK office.  Among her accomplishments, she was responsible for managing the naming and identity for the rebranding of Court TV as truTV, and leading corporate culture initiatives to foster employee engagement, collaboration and innovation.

Part of the NBA since high school, Proctor was the first “team attendant”/ ball girl for the Miami Heat organization, and in later years, returned to work for the Heat in the basketball operations division.  Over her career, Proctor’s professional achievements have earned her accolades from a multitude of publications and organizations. She has been recognized with Leaders and Aspire Academy’s Leaders Under 40 Award; was selected as part of the Sports Business Journal/Daily’s 2020 class of Forty Under 40 and honored with the 2021 Adweek CMO Award. A published author, in 2020, Proctor released her first book titled From Ball Girl to CMO.

Proctor is on the board for The High Museum of Art, The Children’s Museum of Atlanta, Atlanta BeltLine Partnership and 48 in 48 in addition to serving in an advisory capacity for The Dagger Agency. She holds a bachelor’s degree in communication from Wake Forest University and a master’s degree in design studies/branding from Central Saint Martins College of Art and Design at The London Institute. A native of Miami, FL, she now resides in the City of Atlanta.


ABOUT THE ATLANTA HAWKS
Committed to entertaining and uniting the city of Atlanta since 1968, the Atlanta Hawks & State Farm Arena, under the leadership of Principal Owners Tony Ressler and Jami Gertz, continue to build bridges through basketball by following its True to Atlanta mantra. On the court, the Hawks’ exciting young core is led by All-Star point guard Trae Young as the organization received the NBA’s top ranking in overall in-game experience for the last two seasons. Off the court, the Hawks organization focuses on positively impacting the lives of Atlantans through providing access to youth basketball, fighting food insecurity, and the transformation of State Farm Arena into Georgia’s largest-ever voting precinct for the 2020 elections. The Hawks family also includes the College Park Skyhawks (NBA G League) and Hawks Talon Gaming Club (NBA 2K League). Atlanta Hawks Membership, which includes your seat for every home game for the 2021-22 regular season, is on sale now at www.hawks.com/membership or by calling 866-715-1500. For more information on the Hawks, log on to www.hawks.com or follow us on social media @ATLHawks. 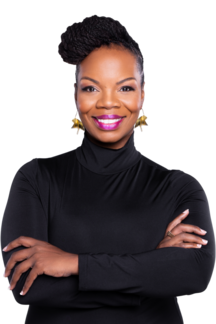